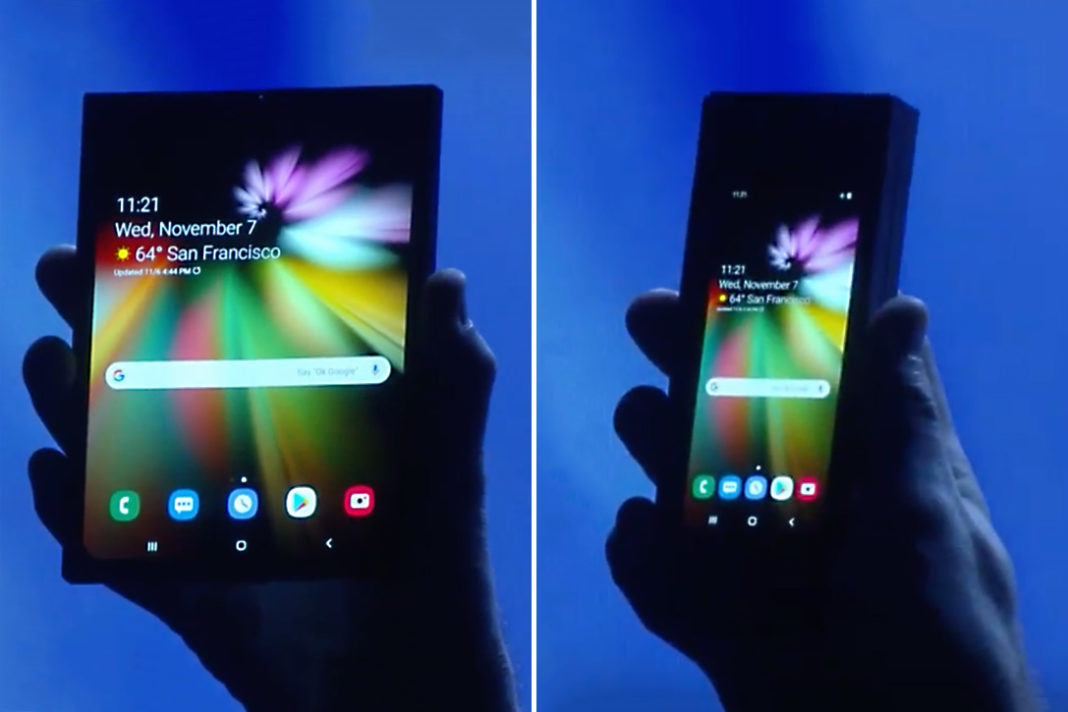 Google is officially announcing support for a category of Android devices it’s decided to call “Foldables.” Speaking today at the Android Developer Summit, VP of engineering Dave Burke said that Google is “enhancing Android to take advantage of this new form factor with as little work as necessary.” But as of right now, those enhancements are mostly just guidance for developers to start using already-existing features that are built into Android.

If you haven’t heard, devices with folding displays are about to become a thing. Today is the day when Samsung will stop teasing and start showing its phone with a folding display at its developer conference, which is happening at the same time as Google’s summit. Google tells me that it’s working closely with Samsung on how Android will develop foldables. But Google’s focus is on making sure that it becomes a platform-level thing for Android that any OEM can use.

As early as Android 1.6, Android and our partners have contemplated different screen sizes and densities, enabling the platform to power a broad category of form factors and new experiences like Android TV, Android Auto, Wear OS and even Android apps on Chromebooks. Phone screens are an area where Android partners set the bar, introducing “phablets” when phone screens were small. Fast forward to today, when a phablet is… just a phone, a standard size users have come to love.

There are two variants broadly speaking: two-screen devices and one-screen devices. When folded, foldables look like phones, fitting in your pocket or purse. When unfolded, their defining feature is what we call screen continuity. For example, start a video with the folded smaller screen – and later you can sit down and unfold the device to get a larger tablet-sized screen for a beautiful, immersive experience. As you unfold, the app seamlessly transfers to the bigger screen without missing a beat. We’re optimizing Android for this new form factor. And, making changes to help developers everywhere take advantage of the possibilities this creates for amazing new experiences, new ways to engage and delight your users. Tune in to the Foldables session at Dev Summit this week to learn more. Expect to see Foldables coming from several Android manufacturers, including one Samsung previewed today and plans to offer next year.